Who is John Thorpe?

Do you like Al Green?  Do you like Ray Charles?  Of course you do.  Mavis Staples, Sam Cooke,  Aretha Franklin, The Blind Boys of Alabama, Sister Rosetta Tharpe?  Surely you do.  I could go on of course because the list of Soul and R&B and Pop Stars who got their start in Gospel Music is just about endless.  So we are in agreement - yes?
You do like Gospel Music.

It's always been a bit surprising to me that more fans of this music don't go and seek it out in our own area where it's being grown locally and organically. When I was first getting involved with Blues it was still possible to go to small clubs on the other side of town and see some of the greatest legends in blues for just about nothing.  Those days are gone but a quite similar situation exists in Gospel Music today.  Very few Gospel Stars cross over into mainstream attention but if you look around, particularly in cities of any size, you can always find a Baptist Church, a Holiness Church, where some serious shouting and praising is going on and where the level of musicianship is extremely high.

Case in point:  John Thorpe & Truth.  John is a Gospel singer whom I've followed for over 25 years.  During that time he has performed live on-air at WDST. I have seen him perform at Fairs and Festivals, at The Omega Institute and at humble storefront churches as well.  And in every single instance he has never failed to deliver a stirring, powerful, emotionally uplifting performance.  In short, John Thorpe is the Real Deal.  He and his band are travelling from their home in Rougemont, NC this Saturday June 11 to perform a 3 PM concert at  St. John's Episcopal Church 207 Albany Avenue in Kingston.  This is a FREE show and an opportunity for you to see one of the great gospel singers of our time up close and personal, not in a theater or in a concert hall but in church where this music came from and where it always resonates most deeply.  And you know it's not really about whether you're a Christian or believe in Jesus or anything like that [I am, and I do, but that's not the point right here].  And I don't think that would be a consideration if you bought a ticket to see one of the above mentioned artists at a concert hall. It's about whether you are moved the power of music delivered with passion, honesty, and soul, and about whether you believe in the healing transformative power of music  We would love to see you there. 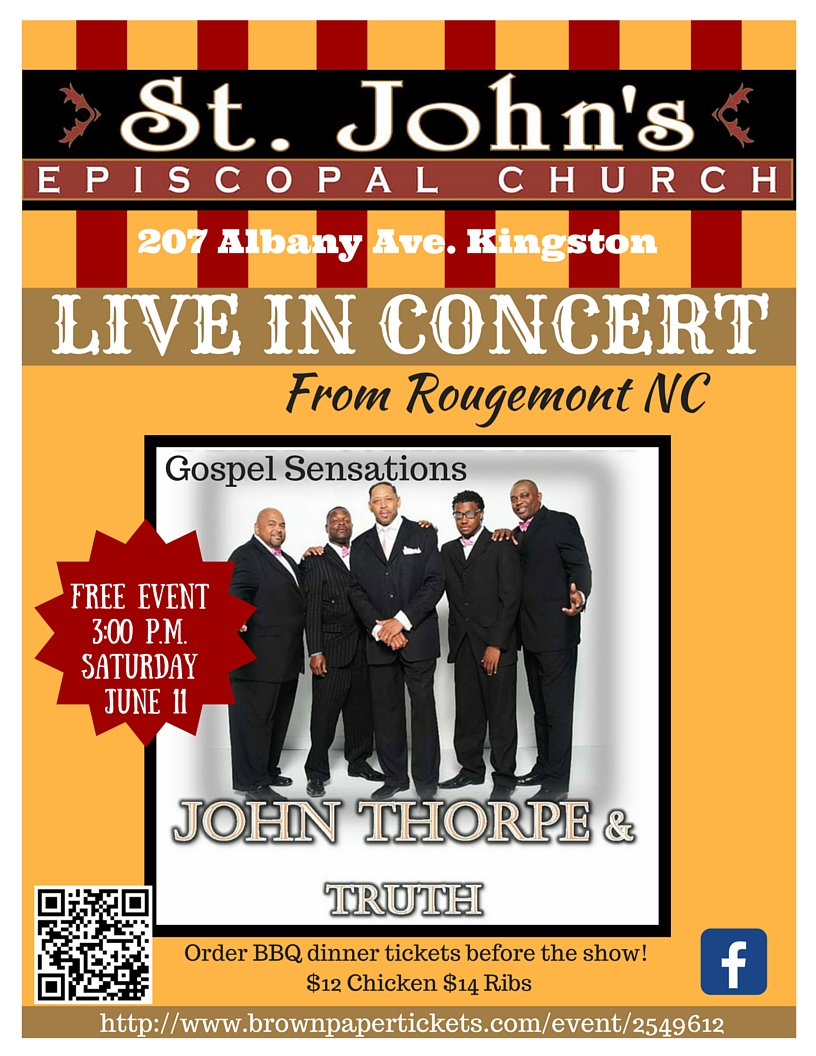 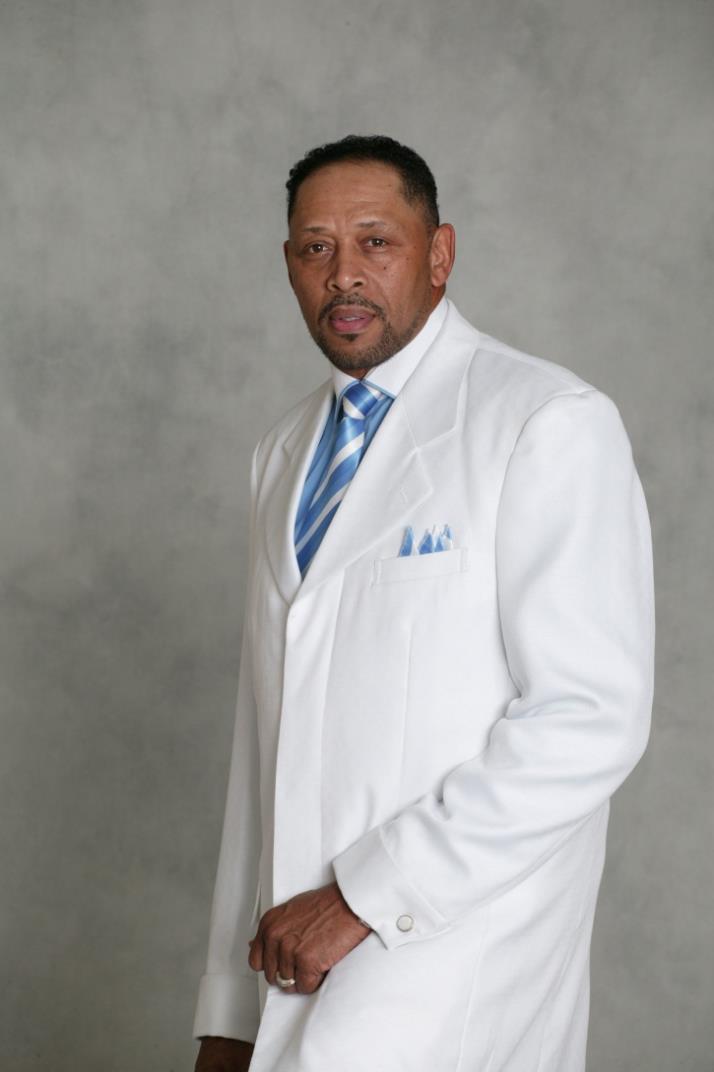 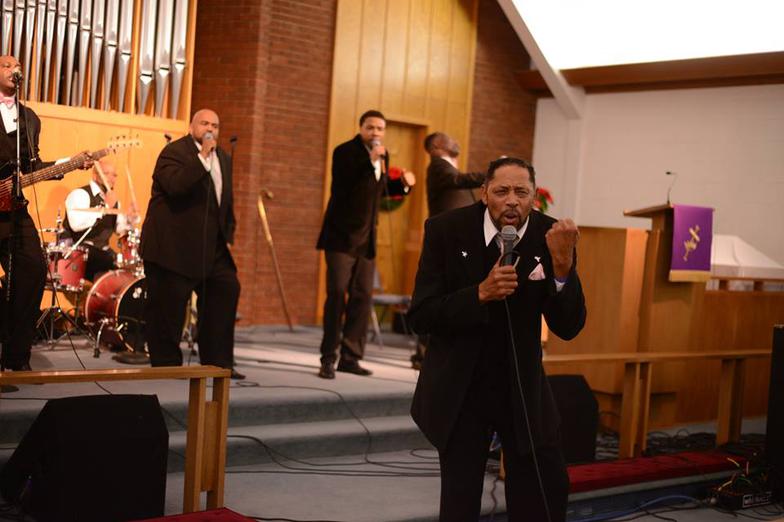 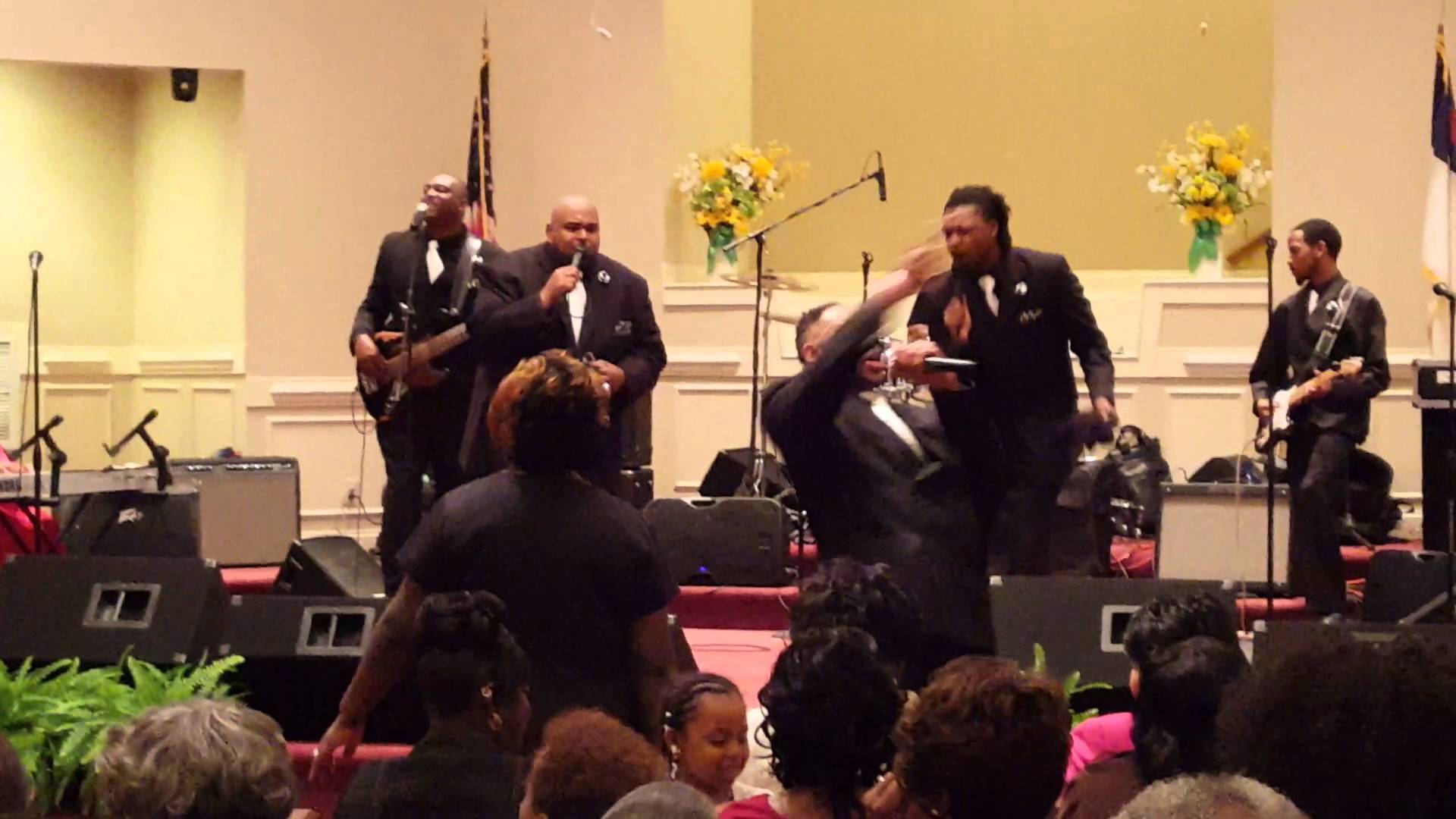 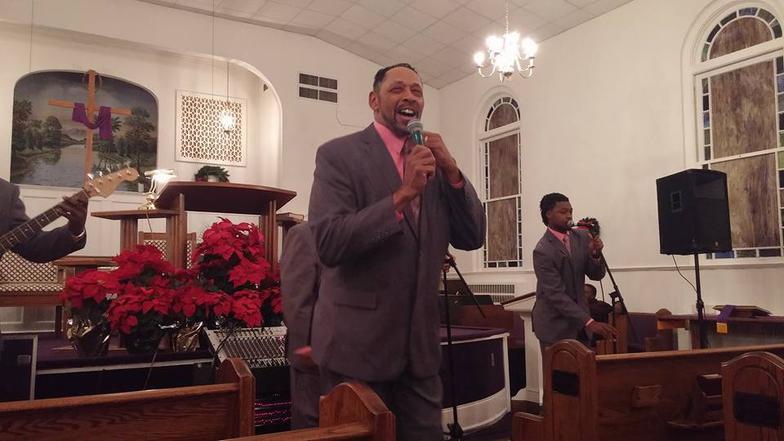